Most Americans probably agree that we enjoy a great amount of freedom. And yet perhaps we have less freedom than we think, because many of our choices are influenced by our —social interaction between people who share a common culture and social organization, who live in a defined geographic area. Perhaps we are not as distinctively individualistic as we believe we are.

For example, consider the right to vote. The secret ballot is one of the most cherished principles of American democracy. We vote in secret so that our choice of a candidate is made freely and without fear of punishment. That is all true, but it is also possible to guess the candidate for whom any one individual will vote if enough is known about the individual. This is because our choice of a candidate is affected by many aspects of our social backgrounds and, in this sense, is not made as freely as we might think.

To illustrate this point, consider the 2008 presidential election between Democrat Barack Obama and Republican John McCain. Suppose a room is filled with 100 randomly selected voters from that election. Nothing is known about them except that they were between 18 and 24 years of age when they voted. Because exit poll data found that Obama won 66% of the vote from people in this age group (CNN.com 2008 President Exit Poll), a prediction that each of these 100 individuals voted for Obama would be correct about 66 times and incorrect only 34 times. Someone betting $1 on each prediction would come out $32 ahead ($66 – $34 = $32), even though the only thing known about the people in the room is their age. 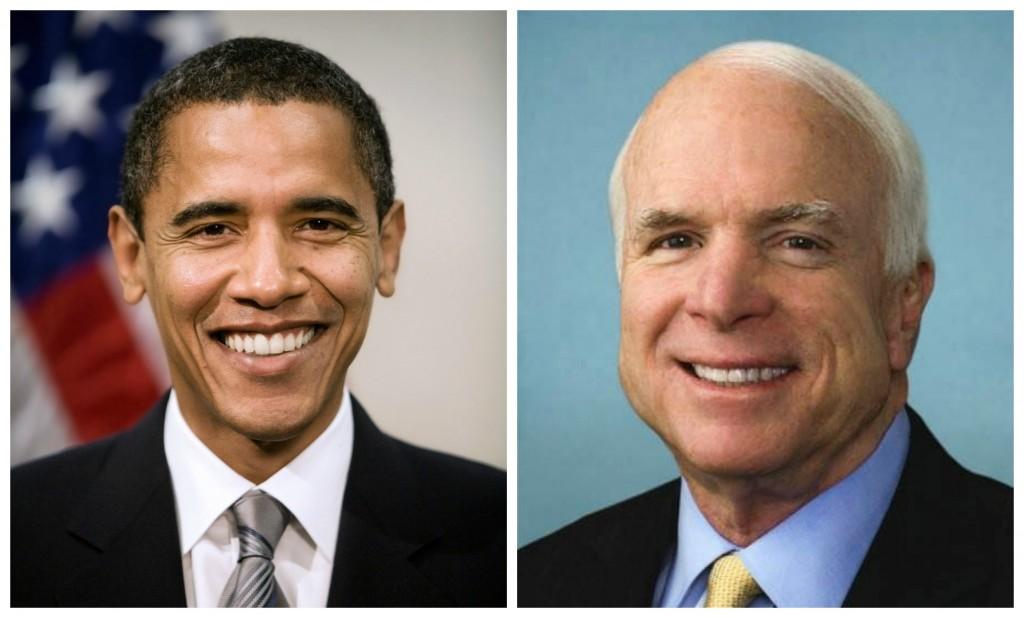 Now let’s suppose we have a room filled with 100 randomly selected white men from Wyoming who voted in 2008. We know only three things about them: their race, gender, and state of residence. Because exit poll data found that 67% of white men in Wyoming voted for McCain, a prediction can be made with fairly good accuracy that these 100 men tended to have voted for McCain. Someone betting $1 that each man in the room voted for McCain would be right about 67 times and wrong only 33 times and would come out $34 ahead ($67 – $33 = $34). Even though young people in the United States and white men from Wyoming had every right and freedom under our democracy to vote for whomever they wanted in 2008, they still tended to vote for a particular candidate because of the influence of their age (in the case of the young people) or of their gender, race, and state of residence (white men from Wyoming).

Yes, Americans have freedom, but our freedom to think and act is constrained at least to some degree by society’s standards and expectations and by the many aspects of our social backgrounds. This is true for the kinds of important beliefs and behaviors just discussed, and it is also true for less important examples. For instance, think back to the last class you attended. How many of the women wore evening gowns? How many of the men wore skirts? Students are “allowed” to dress any way they want in most colleges and universities, but notice how few students, if any, dress in the way just mentioned. They do not dress that way because of the strange looks and even negative reactions they would receive.

The basic point is that society shapes our attitudes and behavior even if it does not determine them altogether. We still have freedom, but that freedom is limited by society’s expectations. Moreover, our views and behavior depend to some degree on our in society—our gender, race, social class, religion, and so forth—thus, society as a whole and our own social backgrounds affect our attitudes and behaviors. Our social backgrounds also affect two other important parts of our lives, and those are our —an important decision which one makes about their life according to their interests, opinions, and actions, and —our chances (whether we have a good chance or little chance) of being healthy, wealthy, and well educated and, more generally, of living a good, happy life.

The influence of our —interaction between humans in an immediate physical setting is the fundamental understanding that —the scientific study of social behavior and social institutions—aims to present. At the heart of sociology is the , the view that our social backgrounds influence our attitudes, behavior, life choices, and life chances. In this regard, we are not just individuals but rather social beings deeply enmeshed in society. Although we all differ from one another in many respects, we share with many other people basic aspects of our social backgrounds, perhaps especially gender, race and ethnicity, and social class. These shared qualities make us more similar to each other than we would otherwise be.

Does society totally determine our beliefs, behavior, life choices and life chances? No. Individual differences still matter, and disciplines such as psychology are also needed to gain the most complete understanding of human action and beliefs. But if individual differences matter, so do society and the social backgrounds from which we come. Even the most individual attitudes and behaviors, such as the voting decisions discussed earlier, are influenced to some degree by our social backgrounds and, more generally, by the society to which we belong.

Life Chances – our chances (whether we have a good chance or little chance) of being healthy, wealthy, and well educated and, more generally, of living a good, happy life.

Life Choices – an important decision which one makes about their life according to their interests, opinions, and actions.

Social Environment – interaction between humans in an immediate physical setting.

Social Location – your association in gender, race, social class, religion, and so forth in society.

Society – a group of people who share a common culture and social organization, who live in a defined geographic area.

Sociology – the scientific study of social behavior and social institutions.

the social and physical traits of an individual, such as gender, race, social class and religion, deemed to be important by their society

an important decision which one makes about their life according to their interests, opinions, and actions

our chances (whether we have a good chance or little chance) of being healthy, wealthy, and well educated and, more generally, of living a good, happy life

interaction between humans in an immediate physical setting

the scientific study of human behavior and social organization within society

the view that our social backgrounds influence our attitudes, behavior, life choices and life chances