10.5 The Benefits and Costs of Being Male

Most of the discussion so far has been about women, and with good reason: in a sexist society such as our own, women are the subordinate, unequal sex. But gender means more than female, and a few comments about men are in order.

Many scholars talk about , or the advantages that males automatically have in a patriarchal society whether or not they realize they have these advantages (McIntosh, 2007). A few examples illustrate male privilege. Men can usually walk anywhere they want or go into any bar they want without having to worry about being raped or sexually harassed. Susan Griffin was able to write “I have never been free of the fear of rape” because she was a woman: it is no exaggeration to say that few men could write the same thing and mean it. Although some men are sexually harassed, most men can work at any job they want without having to worry about sexual harassment. Men can walk down the street without having strangers make crude remarks about their looks, dress, and sexual behavior. Men can apply for most jobs without worrying about being rejected or, if hired, not being promoted because of their gender. We could go on with many other examples, but the fact remains that in a patriarchal society, men automatically have advantages just because they are men, even if race, social class, and sexual orientation affect the degree to which they are able to enjoy these advantages.

Yet it is also true that men pay a price for living in a patriarchy. Without trying to claim that men have it as bad as women, scholars are increasingly pointing to the problems men face in a society that promotes male domination and traditional standards of masculinity such as assertiveness, competitiveness, and toughness (Kimmel & Messner, 2010). Socialization into masculinity is thought to underlie many of the emotional problems men experience, which stem from a combination of their emotional inexpressiveness and reluctance to admit to, and seek help for, various personal problems (Wong & Rochlen, 2005). Sometimes these emotional problems build up and explode, as mass shootings by males at schools and elsewhere indicate, or express themselves in other ways. Compared to girls, for example, boys are much more likely to be diagnosed with emotional disorders, learning disabilities, and attention deficit disorder, and they are also more likely to commit suicide and to drop out of high school.

Men experience other problems that put themselves at a disadvantage compared to women. They commit much more violence than women do and, apart from rape, also suffer a much higher rate of violent victimization. They die earlier than women and are injured more often. Because men are less involved than women in child-rearing, they also miss out on the joy of parenting that women are much more likely to experience.

Growing recognition of the problems males experience because of their socialization into masculinity has led to increased concern over what is happening to American boys. Citing the strong linkage between masculinity and violence, some writers urge parents to raise their sons differently in order to help our society reduce its violent behavior (Miedzian, 2002). In all of these respects, boys and men—and our nation as a whole—are paying a very real price for being male in a patriarchal society.

Gender inequality is found in varying degrees in most societies around the world, and the United States is no exception. Just as racial/ethnic stereotyping and prejudice underlie racial/ethnic inequality, so do stereotypes and false beliefs underlie gender inequality. Although these stereotypes and beliefs have weakened considerably since the 1970s thanks in large part to the contemporary women’s movement and the LGBTQ rights movements, they obviously persist and hamper efforts to achieve full gender equality. 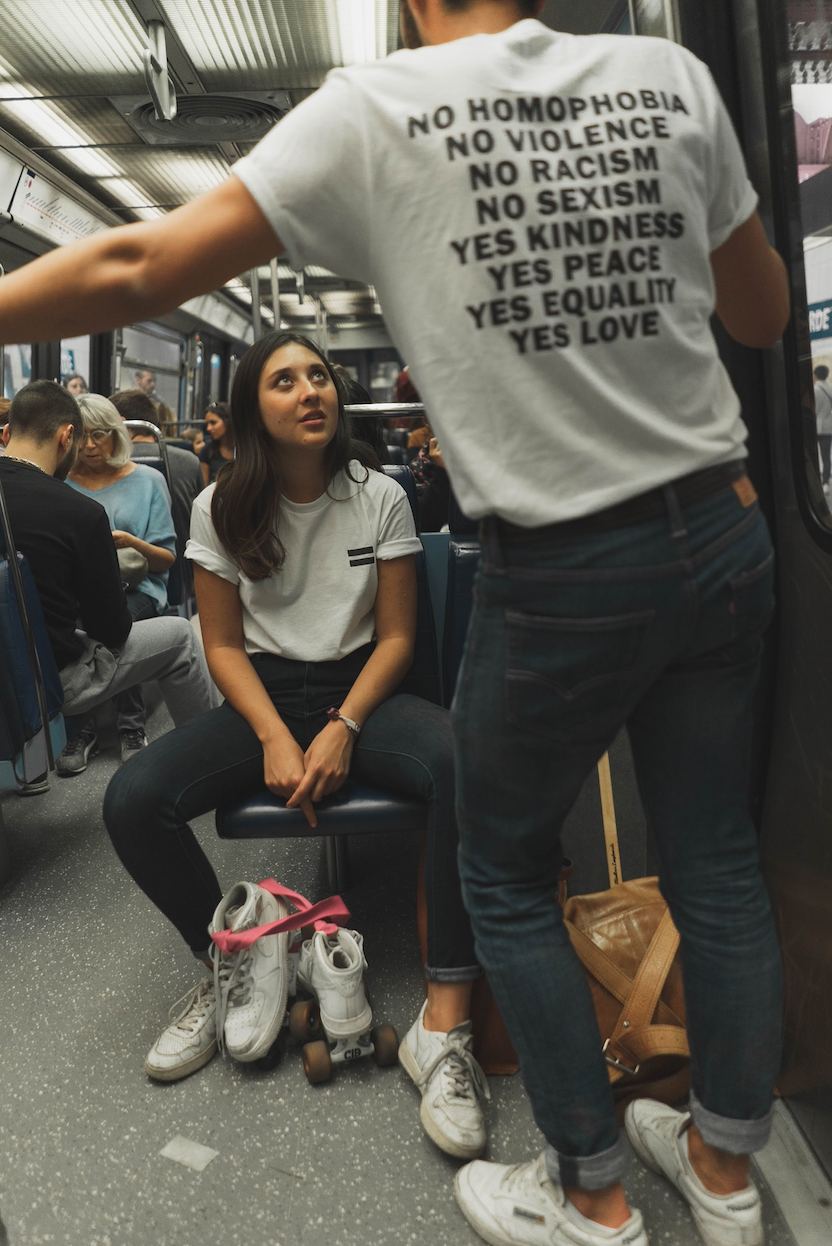 While inequality associated with sex, gender and sexual orientation persists, social movements have helped to challenge and weaken these inequalities to some degree. Photo by Jean-Baptiste Burbaud from Pexels

A sociological perspective reminds us that gender inequality stems from a complex mixture of cultural and structural factors that must be addressed if gender inequality is to be reduced further than it already has been since the 1970s. Despite changes during this period, children are still socialized from birth into traditional notions of femininity and masculinity, and gender-based stereotyping incorporating these notions still continues. Although people should generally be free to pursue whatever family and career responsibilities they desire, socialization and stereotyping still combine to limit the ability of girls and boys and women and men alike to imagine less traditional possibilities. Meanwhile, structural obstacles in the workplace and elsewhere continue to keep women in a subordinate social and economic status relative to men. Cultural and structural factors also continue to produce inequality based on sexual orientation, an inequality that is reinforced both by the presence of certain laws directed at gays and lesbians and by the absence of other laws prohibiting discrimination based on sexual orientation (such as laws prohibiting employment discrimination).

Male Privilege – the advantage that males automatically have in a patriarchal society, whether or not they realize they have these advantages.

the advantage that males automatically have in a patriarchal society, whether or not they realize they have these advantages