A is a large, bureaucratically organized religious organization that is closely integrated into the larger society. Two types of church organizations exist. The first is the , a large, bureaucratic religious organization that is a formal part of the state and has most or all of a state’s citizens as its members. As such, an ecclesia is a national or state religion. People ordinarily do not join an ecclesia; instead they automatically become members when they are born. A few ecclesiae exist in the world today, including Islam in Saudi Arabia and some other Middle Eastern nations, the Catholic Church in Spain, the Lutheran Church in Sweden, and the Anglican Church in England.

As should be clear, in an ecclesiastic society there may be little separation of church and state, because an ecclesia and the state are so intertwined. In some ecclesiastic societies, such as those in the Middle East, religious leaders rule the state or have much influence over it, while in others, such as Sweden and England, they have little or no influence. In general the close ties that ecclesiae have to the state help ensure they will support state policies and practices. For this reason, ecclesiae often help the state solidify its control over the populace.

The second type of church organization is the , a large, bureaucratic religious organization that is closely integrated into the larger society but is not a formal part of the state. In modern pluralistic nations, several denominations coexist. Most people are members of a specific denomination because their parents were members. They are born into a denomination and generally consider themselves members of it the rest of their lives, whether or not they actively practice their faith, unless they convert to another denomination or abandon religion altogether.

A relatively recent development in religious organizations is the rise of the so-called megachurch, a church at which more than 2,000 people worship every weekend on the average. Several dozen have at least 10,000 worshippers (Priest, Wilson, & Johnson, 2010; Warf & Winsberg, 2010); the largest U.S. megachurch, Lakewood Church in Houston, has more than 40,000 worshippers and is nicknamed a “gigachurch.” There are more than 1,300 megachurches in the United States, a steep increase from the 50 that existed in 1970, and their total membership exceeds 4 million. About half of today’s megachurches are in the South, and only 5% are in the Northeast. About one-third are nondenominational, and one-fifth are Southern Baptist, with the remainder primarily of other Protestant denominations. A third spend more than 10% of their budget on ministry in other nations. Some have a strong television presence, with Americans in the local area or sometimes around the country watching services and/ or preaching by televangelists and providing financial contributions in response to information presented on the television screen.

Compared to traditional, smaller churches, megachurches are more concerned with meeting their members’ practical needs in addition to helping them achieve religious fulfillment. Some even conduct market surveys to determine these needs and how best to address them. As might be expected, their buildings are huge by any standard, and they often feature bookstores, food courts, and sports and recreation facilities. They also provide day care, psychological counseling, and youth outreach programs. Their services often feature electronic music and light shows.

Although megachurches are popular, they have been criticized for being so big that members are unable to develop close bonds with each other and with members of the clergy characteristic of smaller houses of worship. Their supporters say that megachurches involve many people in religion who would otherwise not be involved. 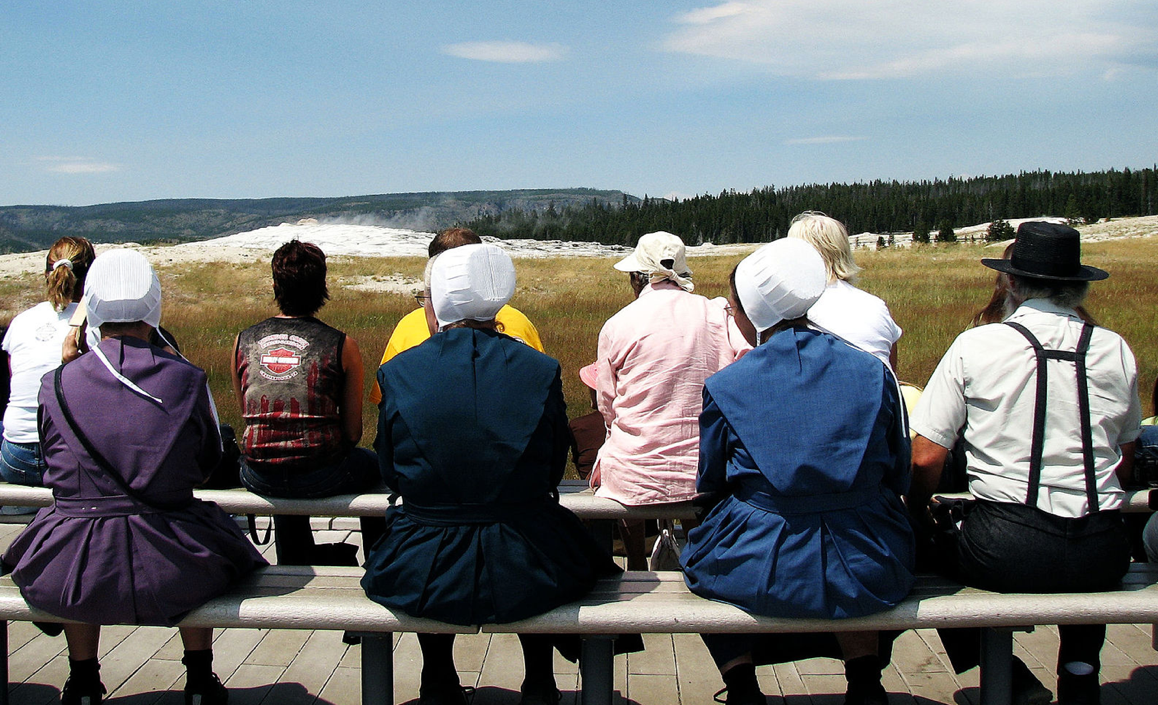 A sect is a relatively small religious organization that is not closely integrated into the larger society and that often conflicts with at least some of its norms and values. The Amish, who live in Pennsylvania, Ohio, and many other states, are perhaps the most well-known example of a sect in the United States today. CGP Grey – CC BY 2.0

A is a relatively small religious organization that is not closely integrated into the larger society and that often conflicts with at least some of its norms and values. Typically a sect has broken away from a larger denomination in an effort to restore what members of the sect regard as the original views of the denomination. Because sects are relatively small, they usually lack the bureaucracy of denominations and ecclesiae and often also lack clergy who have received official training. Their worship services can be intensely emotional experiences, often more so than those typical of many denominations, where worship tends to be more formal and restrained. Members of many sects typically proselytize and try to recruit new members into the sect. If a sect succeeds in attracting many new members, it gradually grows, becomes more bureaucratic, and, ironically, eventually evolves into a denomination. Many of today’s Protestant denominations began as sects, as did the Mennonites, Quakers, and other groups. The Amish in the United States are perhaps the most well-known example of a current sect.

A is a small religious organization that is at great odds with the norms and values of the larger society. Cults are similar to sects but differ in at least three respects. First, they generally have not broken away from a larger denomination and instead originate outside the mainstream religious tradition. Second, they are often secretive and do not proselytize as much. Third, they are at least somewhat more likely than sects to rely on charismatic leadership based on the extraordinary personal qualities of the cult’s leader.

Although the term cult today raises negative images of crazy, violent, small groups of people, it is important to keep in mind that major world religions, including Christianity, Islam, and Judaism, and denominations such as the Mormons all began as cults. Research challenges several popular beliefs about cults, including the ideas that they brainwash people into joining them and that their members are mentally ill. In a study of the Unification Church (Moonies), Eileen Barker (1984) found no more signs of mental illness or brainwashing among people who joined the Moonies than in those who did not.

Another image of cults is that they are violent. In fact, most are not violent. However, some cults have committed violence in the recent past. In 1995 the Aum Shinrikyo (Supreme Truth) cult in Japan killed 10 people and injured thousands more when it released bombs of deadly nerve gas in several Tokyo subway lines (Strasser & Post, 1995). Two years earlier, the Branch Davidian cult engaged in an armed standoff with federal agents in Waco, Texas. When the agents attacked its compound, a fire broke out and killed 80 members of the cult, including 19 children; the origin of the fire remains unknown (Tabor & Gallagher, 1995). A few cults have also committed mass suicide. In another example from the 1990s, more than three dozen members of the Heaven’s Gate cult killed themselves in California in March 1997 in an effort to communicate with aliens from outer space (Hoffman & Burke, 1997). Some two decades earlier, more than 900 members of the People’s Temple cult killed themselves in Guyana under orders from the cult’s leader, Jim Jones (Stoen, 1997).

Denomination – large, bureaucratic religious organization that is closely integrated into the larger society but is not a formal part of the state

Ecclesia – large, bureaucratic religious organization that is a formal part of the state and has most or all of a state’s citizens as its members

Continue to 13.10 Religion in the United States

large, bureaucratically organized religious organization that is closely integrated into the larger society

large, bureaucratic religious organization that is a formal part of the state and has most or all of a state’s citizens as its members

a large, bureaucratic religious organization that is closely integrated into the larger society but is not a formal part of the state

relatively small religious organization that has splintered off from another religion, that is not closely integrated into the larger society and that often conflicts with at least some of its norms and values