These cow and pig examples remind us that material and nonmaterial cultures often make sense only in the context of a given society. If that is true, then it is important for outsiders to become familiar with other societies and to appreciate their cultural differences. These differences are often referred to as . Cultural diversity also occurs within a single society, where subcultures and countercultures can both exist.

A refers to a group that shares the central values and beliefs of the larger culture but still retains certain values, beliefs, and norms that make it distinct from the larger culture. A good example of a U.S. subculture is the Amish, who live primarily in central Pennsylvania and parts of Ohio and shun electricity and other modern conveniences, including cars, tractors, and telephones. Their way of life is increasingly threatened by the expansion of non-Amish businesses and residences into Amish territory (Rifkin, 2009). Since the 1970s, development has cost Lancaster County, Pennsylvania—where many Amish live—thousands of acres of farming land. Some Amish families have moved to other states or left farming to start small businesses, where some do use cell phones and computers. Despite these concessions to modern development, for the most part the Amish live the way they always have. Most still do not drive cars or even ride bikes. The case of the Amish dramatically illustrates the persistence of an old-fashioned subculture and its uneasy fit with the larger, dominant culture. 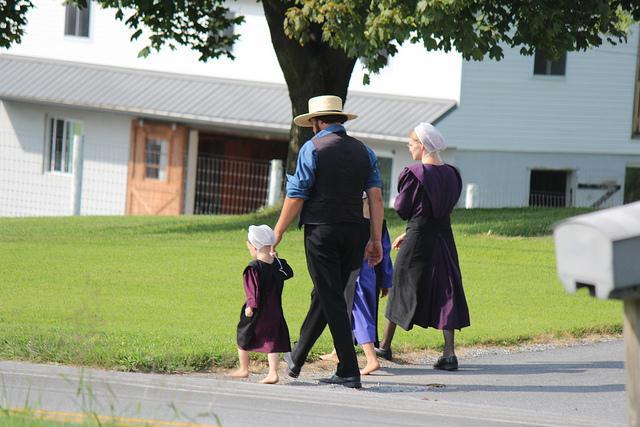 The Amish in the United States are a subculture that shuns electricity and many other modern conveniences. Shinya Suzuki – Amish – CC BY-ND 2.0.

A is a group whose values and beliefs directly oppose those of the larger culture and even reject it. Perhaps the most discussed example of a counterculture is the so-called youth counterculture of the 1960s, often referred to as the hippies but also comprising many other young people who did not fit the “tuned out” image of the hippies and instead were politically engaged against U.S. government policy in Vietnam and elsewhere (Roszak, 1969). A contemporary example of a U.S. counterculture is the survivalists, whose extreme anti-government views and hoarding of weapons fit them into the counterculture category (Mitchell, 2002).

The fact of cultural diversity raises some important but difficult questions of cultural relativism and ethnocentrism. refers to the belief that we should not judge any culture as superior or inferior to another culture. In this view, all cultures have their benefits and disadvantages, and we should not automatically assume that our own culture is better and “their” culture is worse. , the opposite view, refers to the tendency to judge another culture by the standards of our own and to the belief that our own culture is indeed superior to another culture. If we are exposed to a culture we are not familiar with, it is very possible that we will experience culture shock. Culture shock is the uncomfortable or bewildered feeling we might have when immersed in a new culture. It is easy to see how quickly one could be ethnocentric about a culture that they are already unfamiliar with. When we think of cow worship in India, it is easy to be amused by it and even to make fun of it. That is why anthropologist Marvin Harris’s analysis was so important, because it suggests that cow worship is in fact very important for the Indian way of life.

Some scholars think cultural relativism is an absolute, that we should never judge another culture’s beliefs and practices as inferior to our own. Other scholars think cultural relativism makes sense up to a point, but that there are some practices that should be condemned, even if they are an important part of another culture, because they violate the most basic standards of humanity. For example, a common practice in areas of India and Pakistan is dowry deaths, where a husband and his relatives murder the husband’s wife because her family has not provided the dowry they promised when the couple got married (Kethineni & Srinivasan, 2009). Often, they burn the wife in her kitchen with cooking oil or gasoline and make it look like an accident. The number of such dowry deaths is estimated to be at least several hundred every year and perhaps as many as several thousand. Should we practice cultural relativism and not disapprove of dowry deaths? Or is it fair to condemn this practice, even if it is one that many people in those nations accept? 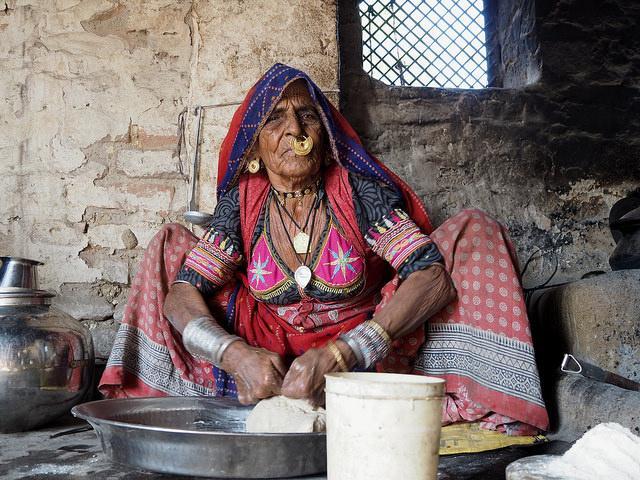 Dowry deaths are relatively common in certain parts of India and Pakistan. Should we practice cultural relativism and not disapprove of dowry deaths? Or is it fair to condemn this practice, even if it is one that many people in these nations accept? Owen Young – Bishnoi grandmother – CC BY 2.0.

Because dowry death is so horrible, you might be sure we should not practice cultural relativism for this example. However, other cultural practices such as cow worship might sound odd to you but are not harmful, and you would probably agree we should accept these practices on their own terms. Other practices lie between these two extremes. Consider the eating of dog meat, which was mentioned in the “Learning From Other Societies” box. In China, South Korea, and other parts of Asia, dog meat is considered a delicacy, and people sometimes kill dogs to eat them (Dunlop, 2008). As one observer provocatively asked about eating dog meat, “For a Westerner, eating it can feel a little strange, but is it morally different from eating, say, pork? The dogs brought to table in China are not people’s pets, but are raised as food, like pigs. And pigs, of course, are also intelligent and friendly” (Dunlop, 2008). Should we accept the practice of eating dog meat on its own terms? Is it any worse than eating pork or slaughtering cattle in order to eat beef? If an Asian immigrant killed and ate a dog in the United States, should that person be arrested for engaging in a practice the person grew up with? Cultural relativism and ethnocentrism certainly raise difficult issues in today’s increasingly globalized world.

Cultural diversity — differences in material and nonmaterial culture between societies or even subcultures.

Counterculture – a group whose values, beliefs and norms directly oppose those of the larger culture and even reject it.

Cultural relativism — the belief that we should not judge any culture as superior or inferior to another culture.

Ethnocentrism — the tendency to judge another culture by the standards of our own and to believe that our own culture is indeed superior to another culture.

differences in material and nonmaterial culture between societies or even subcultures

a group whose values, beliefs and norms directly oppose those of the larger culture and even reject it