In 1959, John Howard Griffin, a white writer, changed his race. Griffin decided that he could not begin to understand the discrimination and prejudice that African Americans face every day unless he experienced these problems himself. So he went to a dermatologist in New Orleans and obtained a prescription for an oral medication to darken his skin along with being given instructions to lie under a sunlamp several hours a day. Griffin stayed inside, followed the doctor’s instructions, and shaved his head to remove his straight hair. Within a week, he went out in public and passed as African American.

In New Orleans, a legally segregated city in those days, Griffin immediately found he could no longer do the same things he did when he was white. He could no longer drink at the same water fountains, use the same public restrooms, or eat at the same restaurants. When he went to look at a menu displayed in the window of a fancy restaurant, he later wrote, “… a few days earlier I could have gone in and ordered anything on the menu. But now, though I was the same person with the same appetite, no power on earth could get me inside this place for a meal. (Griffin, 1961, p. 42).

Because of his new appearance, Griffin suffered other slights and indignities. Once when he went to sit on a bench in a public park, a white man told him to leave. Later a white bus driver refused to let Griffin get off at his stop and let him off only eight blocks later. A series of stores refused to cash his traveler’s checks. As he traveled by bus from one state to another, he was not allowed to wait inside the bus stations. At times, white men of various ages cursed and threatened him, and he became afraid for his life and safety. Months later, after he wrote about his experience, he was hanged in effigy, and his family was forced to move from their home.

Griffin’s reports about how he was treated while posing as a black man, and about the way African Americans he met during that time were also treated, helped awaken white Americans across the United States to racial prejudice and discrimination. The civil rights movement, which had begun a few years earlier and then exploded into the national consciousness with sit-ins at lunch counters in February 1960 by black college students in Greensboro, North Carolina, ended Southern segregation and changed life in the South and across the rest of the nation.

What has happened since then? Where do we stand more than 60 years after the beginning of the civil rights movement and Griffin’s travels in the South? In answering this question, this chapter discusses the changing nature of racial and ethnic prejudice and inequality in the United States but also documents their continuing importance for American society, as the hate crime story that began this chapter signifies. We begin our discussion of the present with a brief look back to the past.

History of Race in the U.S.

Race and ethnicity have torn at the fabric of American society ever since the time of Christopher Columbus, when at least 1 million Native Americans were thought to have populated what would become the United States. By 1900, their numbers had dwindled to about 240,000, as hundreds of thousands were either killed by white settlers and U.S. troops, died from disease contracted from people with European backgrounds or were killed in inter-tribal conflict. Scholars have said that this mass killing of Native Americans amounted to genocide (Wilson, 1999).

African Americans obviously also have a history of maltreatment that began during the colonial period, when Africans were forcibly transported from their homelands to be sold and abused as slaves in the Americas. During the 1830’s, white mobs attacked African Americans in cities throughout the nation, including Philadelphia, Cincinnati, Buffalo and Pittsburgh. This violence led Abraham Lincoln to lament about “savage mobs” and their “increasing disregard for law which pervades the country” (Feldberg, 1980, p. 4). The mob violence stemmed from a “deep-seated racial prejudice… in which whites saw blacks as ‘something less than human’” (Brown, 1975, p. 206) and continued well into the 20th century, when whites attacked African Americans in many cities, with at least seven anti-black riots occurring in 1919 alone that left dozens dead. Meanwhile, an era of Jim Crow racism in the South (1870’s – 1960’s) led to the lynching of thousands of African Americans and segregation in all facets of life (Litwack, 2009). 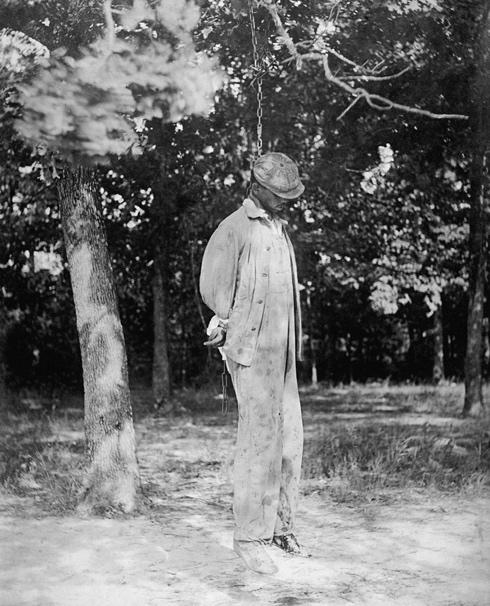 During the era of Jim Crow racism in the South, several thousand African Americans were lynched. U.S. Library of Congress – public domain.

Blacks were not the only targets of native-born white mobs back then (Dinnerstein & Reimers, 2009). As immigrants from Ireland, Italy, Eastern Europe, Mexico, and Asia came to the United States during the 19th and early 20th centuries, they, too, were beaten, denied jobs, and otherwise mistreated. During the 1850s, mobs beat and sometimes killed Catholics in cities such as Baltimore and New Orleans, as nativism rose in response to increases in immigration of Catholics from Ireland, Germany, Italy and Eastern Europe. Similarly, during the 1870s, whites rioted against Chinese immigrants in California and other states and many Mexicans were attacked and/or lynched in California and Texas during this period.

Not surprisingly, scholars have written about U.S. racial and ethnic prejudice ever since the period of slavery. In 1835, the great social observer Alexis de Tocqueville (1835/1994) despaired that whites’ prejudice would make it impossible for them to live in harmony with African Americans. Decades later, W. E. B. Du Bois (1903/1968, p. vii), one of the first sociologists to study race observed in 1903 that “the problem of the Twentieth Century is the problem of the color-line” and cited example after example of economic, social and legal discrimination against African Americans.

Nazi racism in the 1930s and 1940s helped awaken Americans to the evils of prejudice in their own country. As WWII ended, after fighting against fascism in Europe and Asia, African American and Japanese American soldiers returned home to a segregated American society and their families who had been interned in relocation camps during the war, respectively.

Against this backdrop, a monumental two-volume work by Swedish social scientist Gunnar Myrdal (1944) attracted much attention when it was published. The book, An American Dilemma: The Negro Problem and Modern Democracy, documented the various forms of discrimination facing blacks at the time. The “dilemma” referred to in the book’s title was the conflict between the American democratic values of egalitarianism, liberty and justice for all and the harsh reality of prejudice, discrimination, and lack of equal opportunity.

Despite finding ample evidence of extreme inequality, Myrdal expressed optimism that integration and peace were feasible. However, the system of legal segregation was not dismantled until the civil rights movement won its major victories in the 1950’s and 1960s. Even after segregation ended, improvement in other areas was slow. Thus in 1968, the so-called Kerner Commission (1968, p. 1), appointed by President Lyndon Johnson in response to urban riots, warned in a famous statement, “Our nation is moving toward two societies, one black, one white—separate and unequal.” Despite this warning, and despite the civil rights movement’s successes, 30 years later writer David K. Shipler (1997, p. 10) felt compelled to observe that there is “no more intractable, pervasive issue than race” and that when it comes to race, we are “a country of strangers.” Sociologists and other social scientists have warned since then that the conditions of people of color have actually been worsening (Massey, 2007; W. J. Wilson, 2009). Despite the historic election of Barack Obama in 2008, race and ethnicity remain an “intractable, pervasive issue.” Indeed, it would be accurate to say, to paraphrase Du Bois, that “the problem of the 21st century is the problem of the color line.” Evidence of this continuing problem appears in much of the remainder of this chapter.

Continue to 9.2 The Meaning of Race, Ethnicity and Minority Status