9.6 Racial and Ethnic Inequality in the United States

One of the best ways to begin to understand racial and ethnic inequality in the United States is to read firsthand accounts by such great writers as Maya Angelou, Toni Morrison, Piri Thomas, Richard Wright, and Malcolm X, all of whom wrote moving, autobiographical accounts of the bigotry and discrimination they faced in their lives.

Table 9.3 Selected Indicators of Racial and Ethnic Inequality in the United States

The data are clear: U.S. racial and ethnic groups differ dramatically in their life chances. Compared to whites, for example, African Americans, Latinos, and Native Americans have much lower family incomes and much higher rates of poverty; they are also much less likely to have college degrees. In addition, African Americans and Native Americans have much higher infant mortality rates than whites: black infants, for example, are more than twice as likely as white infants to die. These comparisons obscure some differences within some of the groups just mentioned. Among Latinos, for example, Cuban Americans have fared better than Latinos overall, and Puerto Ricans worse. Similarly, among Asians, people with Chinese and Japanese backgrounds have fared better than those from Cambodia, Korea, and Vietnam. 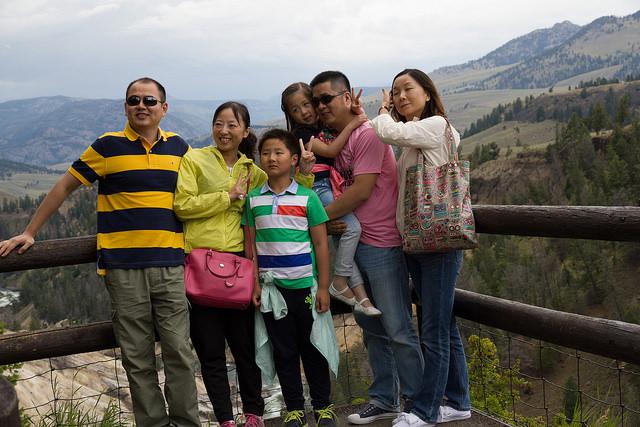 Asian Americans have higher family incomes than whites on the average. Although Asian Americans are often viewed as a “model minority,” some Asians have been less able than others to achieve economic success, and stereotypes and discrimination against remain serious problems. LindaDee2006 – CC BY-NC-ND 2.0.

Although Table 9.3 “Selected Indicators of Racial and Ethnic Inequality in the United States” shows that African Americans, Latinos, and Native Americans fare much worse than whites, it presents a more complex pattern for Asian Americans. Compared to whites, Asian Americans have higher family incomes and are more likely to hold college degrees, but they also have a higher poverty rate. Thus, many Asian Americans do relatively well, while others fare relatively worse, as just noted. Although Asian Americans are often viewed as a “model minority,” meaning that they have achieved educational and economic success despite not being white, some Asians have been less able than others to climb the economic ladder. Moreover, stereotypes of Asian Americans and discrimination against them remain serious problems (Chou & Feagin, 2008; Fong, 2007). Even the overall success rate of Asian Americans obscures the fact that their occupations and incomes are often lower than would be expected from their educational attainment and they have to work harder for their success (Hurh & Kim, 1999).

Why do racial and ethnic inequality exist? Why do African Americans, Latinos, Native Americans, and some Asian Americans fare worse than whites? In answering these questions, many people have some very strong opinions.

As discussed earlier in this chapter, longstanding explanations have focused on the dominant groups beliefs in biological or cultural inferiority of minority groups. The idea that minorities are naturally less intelligent or otherwise biologically inferior, or that cultural deficiencies, including a failure to value hard work, have served to account for social inequalities. As discussed, Geneticists have found no evidence for the biological view of race and many social scientists find little or no evidence of cultural problems in minority communities and say that the belief in cultural deficiencies is an example of cultural racism that blames the victim. Social scientists, such as Elijah Anderson (1999) have found that where problematic behavior or attitudes exist, they arise as a result of segregation, extreme poverty and other challenges these citizens face in their daily lives. Thus, cultural problems arise out of structural problems, rather than the reverse. (OpenStax, Sociology 2e, Attribution International (CC BY 4.0); download for free at http://cnx.org/contents/02040312-72c8-441e-a685-20e9333f3e1d@10.1).

A third explanation for U.S. racial and ethnic inequality is based on the conflict perspective. This view attributes racial and ethnic inequality to institutional and individual discrimination and a lack of opportunity in education and other spheres of life (Feagin, 2006). Segregated housing, for example, prevents African Americans from escaping the inner city and from moving to areas with greater employment opportunities. Employment discrimination keeps the salaries of people of color much lower than they would be otherwise. The schools that many children of color attend every day are typically overcrowded and underfunded. As these problems continue from one generation to the next, it becomes very difficult for people already at the bottom of the socioeconomic ladder to climb up it because of their race and ethnicity.

Continue to 9.7 Race and Ethnicity in the 21st Century