(relationships between different groups of people) range along a spectrum from assimilation to pluralism. The most tolerant form of intergroup relations is , in which no distinction is made between minority and majority groups in terms of position and treatment. Groups are free to retain their unique cultural attributes and participate equally in society. Some forms of pluralism ensure by law that groups have equal access to political position, educational and economic opportunities and the like. While some forms of pluralism are equal, there are other forms that are unequal, where group separation is maintained, but minority groups are subordinated in different ways (including genocide, expulsion and segregation). At the other end of the continuum is , which is a pattern of intergroup relations in which groups become increasingly like one another. Assimilation is also defined as the process of boundary reduction between groups, and can involve the adoption of one group’s culture by another, friendship and intermarriage between members of different groups and the adoption of one group of another group’s identity. Much of the examination of intergroup relations focuses on the patterns of pluralism which favor the dominant group at the expense of a minority group. (OpenStax, Sociology 2e, Attribution International (CC BY 4.0); download for free at http://cnx.org/contents/02040312-72c8-441e-a685-20e9333f3e1d@10.1).

, the deliberate annihilation of a targeted subordinate group, is the most toxic intergroup relationship. Historically, we can see that genocide has included both the intent to exterminate a group and the function of exterminating of a group, intentional or not.

Possibly the most well-known case of genocide is Hitler’s attempt to exterminate the Jewish people in the first part of the twentieth century. Also known as the Holocaust, the explicit goal of Hitler’s “Final Solution” was the eradication of European Jewry, as well as the destruction of other minority groups such as Catholics, people with disabilities and homosexuals. With forced emigration, concentration camps, and mass executions in gas chambers, Hitler’s Nazi regime was responsible for the deaths of 12 million people, 6 million of whom were Jewish. Hitler’s intent was clear, and the high Jewish death toll certainly indicates that Hitler and his regime committed genocide. But how do we understand genocide that is not so overt and deliberate?

The treatment of aboriginal Australians is also an example of genocide committed against indigenous people. Historical accounts suggest that between 1824 and 1908, white settlers killed more than 10,000 native aborigines in Tasmania and Australia (Tatz 2006). Another example is the European colonization of North America. Some historians estimate that Native American populations dwindled from approximately 12 million people in the year 1500 to barely 237,000 by the year 1900 (Lewy 2004). European settlers coerced American Indians off their own lands, often causing thousands of deaths in forced removals, such as occurred in the Cherokee or Potawatomi Trail of Tears. Settlers also enslaved Native Americans and forced them to give up their religious and cultural practices. But the major cause of Native American death was neither slavery nor war nor forced removal: it was the introduction of European diseases and Indians’ lack of immunity to them. Smallpox, diphtheria, and measles flourished among indigenous American tribes who had no exposure to the diseases and no ability to fight them. Quite simply, these diseases decimated the tribes. How planned this genocide was remains a topic of contention. Some argue that the spread of disease was an unintended effect of conquest, while others believe it was intentional citing rumors of smallpox-infected blankets being distributed as “gifts” to tribes. 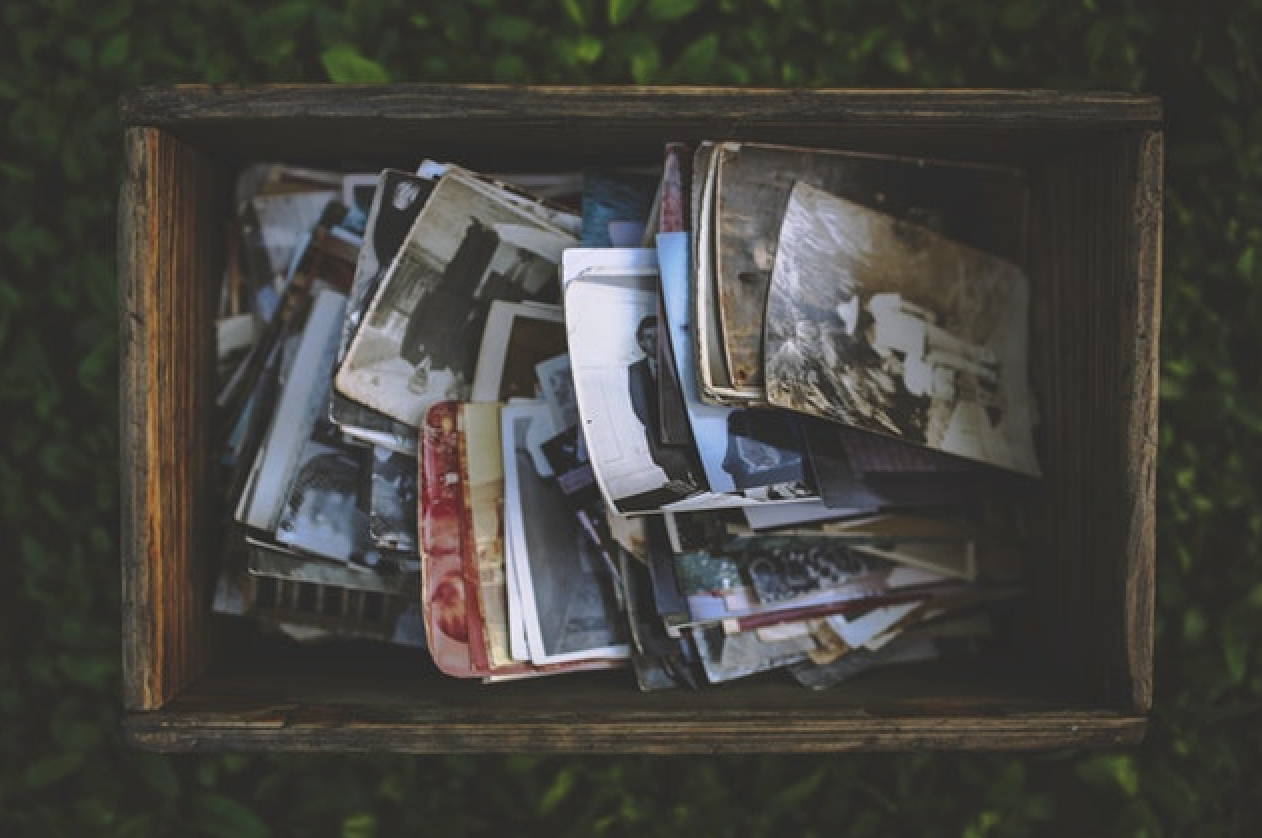 Genocide is a pattern of intergroup relations that occurs periodically, leaving behind destroyed lives and nations. This picture represents the loss of human life from genocide. Photo by Kaboompics .com from Pexels

Genocide is not a just a historical concept; it is practiced today. Recently, ethnic and geographic conflicts in the Darfur region of Sudan have led to hundreds of thousands of deaths. As part of an ongoing land conflict, the Sudanese government and their state-sponsored Janjaweed militia have led a campaign of killing, forced displacement, and systematic rape of Darfuri people. Although a treaty was signed in 2011, the peace is fragile. (OpenStax, Sociology 2e, Attribution International (CC BY 4.0); download for free at http://cnx.org/contents/02040312-72c8-441e-a685-20e9333f3e1d@10.1).

refers to a subordinate group being forced, by a dominant group, to leave a certain area or country. As seen in the examples of the Trail of Tears and the Holocaust, expulsion can be a factor in genocide. However, it can also stand on its own as a destructive group interaction. Expulsion has often occurred historically with an ethnic or racial basis. In the United States, President Franklin D. Roosevelt issued Executive Order 9066 in 1942, after the Japanese government’s attack on Pearl Harbor. The Order authorized the establishment of internment camps for anyone with as little as one-eighth Japanese ancestry (i.e., one great-grandparent who was Japanese). Over 120,000 legal Japanese residents and Japanese U.S. citizens, many of them children, were held in these camps for up to four years, despite the fact that there was never any evidence of collusion or espionage. (In fact, many Japanese Americans continued to demonstrate their loyalty to the United States by serving in the U.S. military during the War.) In the 1990s, the U.S. executive branch issued a formal apology for this expulsion; reparation efforts continue today. (OpenStax, Sociology 2e, Attribution International (CC BY 4.0); download for free at http://cnx.org/contents/02040312-72c8-441e-a685-20e9333f3e1d@10.1).

refers to the physical separation of two groups, particularly in residence, but also in workplace, schools and social functions. It is important to distinguish between (segregation that is enforced by law) and (segregation that occurs without laws but by custom). A stark example of de jure segregation is the apartheid movement of South Africa, which existed from 1948 to 1994. Under apartheid, black South Africans were stripped of their civil rights and forcibly relocated to areas that segregated them physically from their white compatriots. Only after decades of degradation, violent uprisings, and international advocacy was apartheid finally abolished.

De jure segregation occurred in the United States for many years after the Civil War. During this time, many former Confederate states passed Jim Crow laws that required segregated facilities for blacks and whites. These laws were codified in 1896’s landmark Supreme Court case Plessy v. Ferguson, which stated that “separate but equal” facilities were constitutional. For the next five decades, African Americans were subjected to legalized discrimination, forced to live, work, and go to school in separate—but unequal—facilities. It wasn’t until 1954 and the Brown v. Board of Education case that the Supreme Court declared that “separate educational facilities are inherently unequal,” thus ending de jure segregation in the United States. 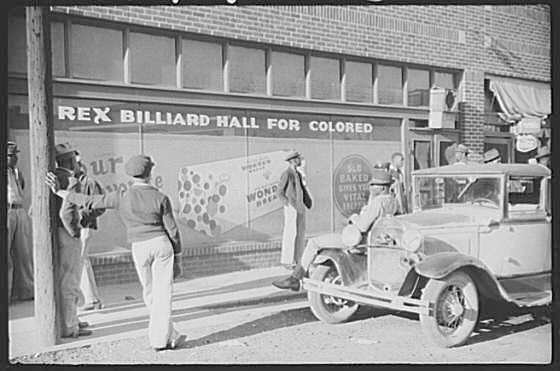 In the “Jim Crow” South, it was legal to have “separate but equal” facilities for blacks and whites. Photo courtesy of Library of Congress/Wikimedia Commons

De facto segregation, however, cannot be abolished by any court mandate. Segregation is still alive and well in the United States, with different racial or ethnic groups often segregated by neighborhood. Sociologists use segregation indices to measure racial segregation of different races in different areas. The indices employ a scale from zero to 100, where zero is the most integrated and 100 is the least. In the New York metropolitan area, for instance, the black-white segregation index was seventy-nine for the years 2005–2009. This means that 79 percent of either blacks or whites would have to move in order for each neighborhood to have the same racial balance as the whole metro region (Population Studies Center 2010). (OpenStax, Sociology 2e, Attribution International (CC BY 4.0); download for free at http://cnx.org/contents/ 02040312-72c8-441e-a685-20e9333f3e1d@10.1).

Assimilation – a pattern of intergroup relations in which the boundary lines between groups is diminished and groups become increasingly similar to one another.

De facto segregation – a system of segregation which occurs without laws, but is enforced through custom.

Expulsion – A pattern of intergroup relations in which members of a dominant group expel members of a minority group from society.

Genocide – a pattern of intergroup relations in which members of a dominant group kills members of a minority group en masse.

Intergroup relations – patterns of relationships between different groups of people.

Pluralism – a pattern of intergroup relations in which the division between groups are maintained, sometimes in equal and sometimes in unequal ways.

Segregation – a pattern of intergroup relations in which the dominant group structures society in such a way as to limit contact between themselves and a minority group.

Continue to 9.6 Racial and Ethnic Inequality in the United States

patterns of relationships between different groups of people

a pattern of intergroup relations in which the division between groups are maintained, sometimes in equal and sometimes in unequal ways